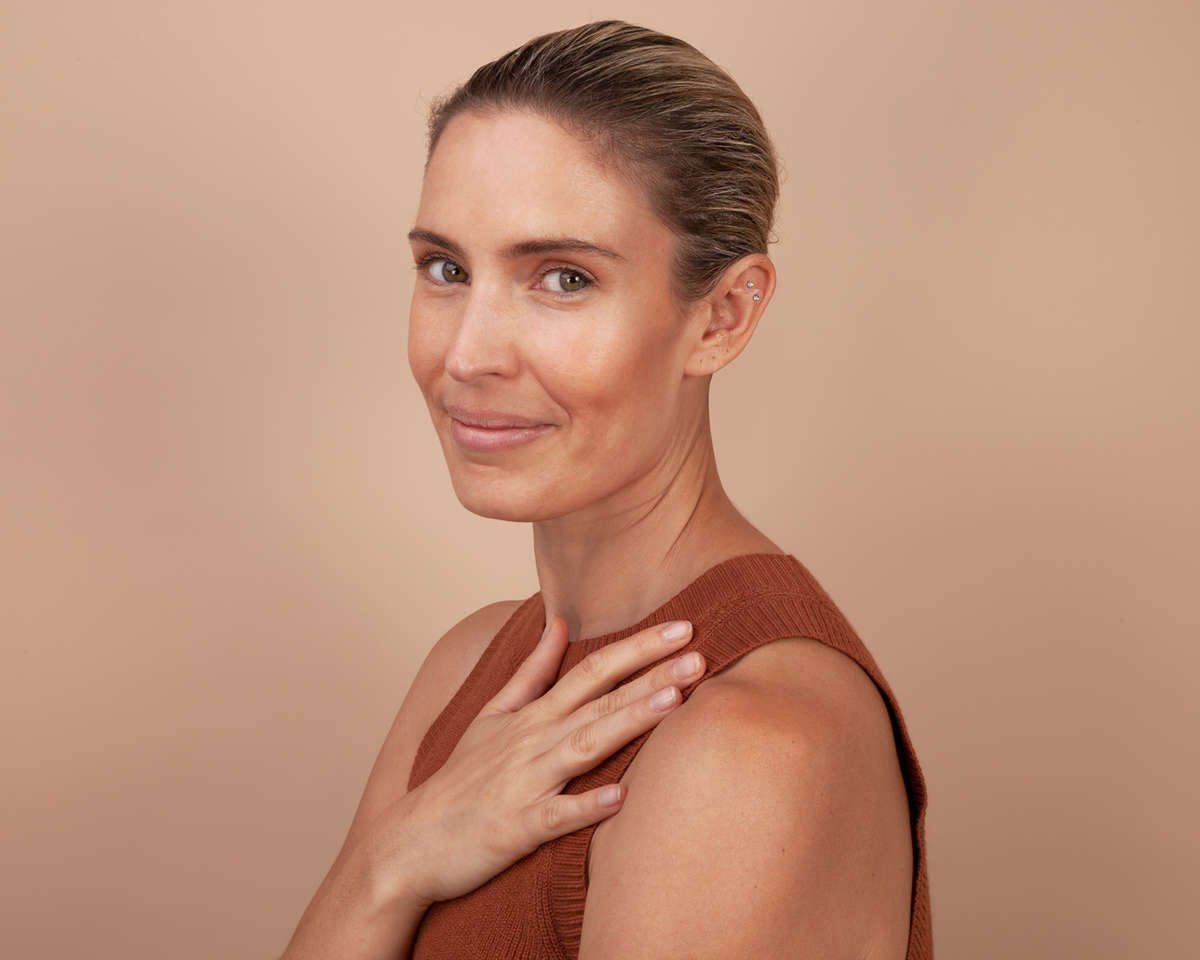 Sleep, sleep, sleep. We need it, we want it, but are we getting good enough quality of it? We connected with the gorgeous Elle Halliwell, founder of Auricle Ear Seeds, to talk us through her discovery journey and benefits of these luxe at-home, no-needle, ear acupressure seeds.

Devices, social media, increased work demands, mod-cons such as air conditioning and artificial lighting, lifestyle-related diseases - and let’s not forget all-night Netflix binges - may all contributing to our collective sleep deprivation. And in most cases, it’s not that we’re not tired. It’s often because our limbic system – the primitive part of our brain which controls our emotions, memory and fight or flight response – simply won’t let us.

When it perceives a threat, our hypothalamus (located within the limbic system) activates our sympathetic nervous system, AKA fight or flight, in order to survive. This served a vital purpose when we lived with the threats of wild animal attacks, but modern stresses – such as work deadlines, family conflicts and jam-packed schedules - can also send our hypothalamus into attack mode, flooding our body with cortisol.

It was this constant low-level stress which led me in my early 30s to acupressure. Having spent more than a decade in a fast-paced newsroom, stress and anxiety were my constant bedfellows. The constant load I was putting on my adrenals eventually led to complete burnout, and despite my fatigue and desire for sleep, I simply couldn’t get a good night’s rest.

It was when I discovered ear acupressure that I also learned how to use the vagus nerve to bring my body back into a parasympathetic state – AKA its rest and digest mode - and get some much-needed shut-eye.

I like to call the vagus nerve the ‘self-care nerve’, as practices such as meditation, controlled breathing, gentle exercise, facial massage and ear acupressure are among the best ways to stimulate it.

Many people find ear massages incredibly relaxing; this is in part due to the outer ear’s many nerve endings, including the auricular branch of the vagus nerve.

Studies have shown that stimulating this nerve can help to place the body in a more parasympathetic state (Bretherton et al., 2019), which is the likely reason why I found the wearing of ear acupressure seeds – tiny metal pellets which adhere to the ear with tape to create gentle pressure – so effective for reducing my stress levels and improving my sleep.

I’m now a certified auricular therapist and the founder of Auricle Ear Seeds, and the most common issues I see in my practice are – you guessed it - stress and insomnia.

Auricular therapy has been practiced by many cultures around the world for hundreds, if not thousands of years, as a way to bring the body back into a state of homeostasis, or balance. In Neurologist named Paul Nogier is credited for bringing the therapy to the West in the 1950s, after discovering that stimulation of the upper ear helped with his patients’ sciatic pain.

He then created a detailed map of the ear detailing the points which corresponded to various parts of the body.

I like to incorporate my ear seeding practice into a relaxing ritual, which involves lighting a candle or some incense, taking three slow, deep breaths, and conducting a mindfulness technique which involves running into my body and the areas which feel out of whack or in need of attention. I then apply the seeds, which can be worn for up to four days, and gently press on them whenever I feel stressed and before I go to sleep.

There’s a good reason why the facial is such a popular beauty treatment. Yes, it offers myriad skin benefits, but the practice of lying down for an hour while your face is gently massaged which can also give our bodies an incredible sense of peace and calm.

But you don’t have to spend a fortune on salon treatments to get those relaxing vibes, thanks to our knowledge of facial acupressure points.

I like to incorporate this into my nightly beauty regimen, which helps to prime my body for a restful night’s sleep.

After cleansing my skin and applying a toner and serum, I give myself a two-minute acupressure massage using my evening moisturiser – my current favourite being Trilogy’s new Vitamin C Ceramide Night Cream.

Beginning at my third eye (the area between the eyebrows), I gently press this before stroking my fingers along my forehead to my temples. I then give my temples a gentle massage and work my fingers down my jawline towards the collarbone, which can assist with lymphatic drainage.

Moving to the area beside my nostrils, I stroke the area just below my cheekbones towards my temples, then apply moisturiser to the rest of my face. If I’m not wearing ear seeds, I finish with an ear massage, working my way from the lobes along the helix all the way around the edge of the outer ear. Spilling the tea on beauty sleep with Olivia Arezzolo.

We speak with Australia’s no.1 Sleep Expert, Olivia, to understand the importance of sleep to our overall heath, and how we can go about getting out best beauty sleep yet.